-- "There is no mistaking Beijing's plans for Hong Kong, which do not include preserving what its people and international investors once cherished -- the value placed on free enterprise along with democracy, freedom of expression and rule of law." 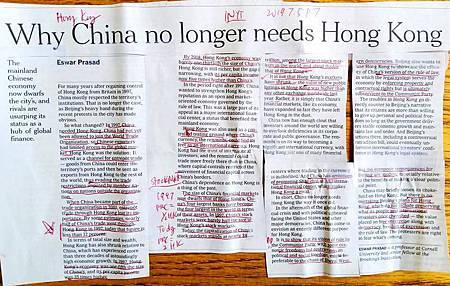 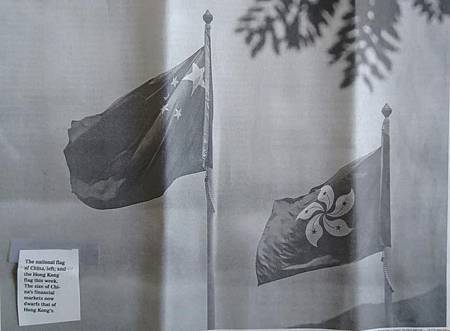 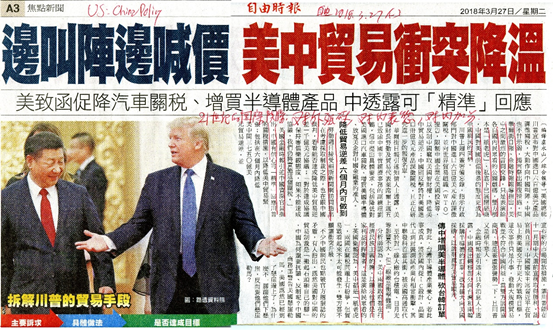 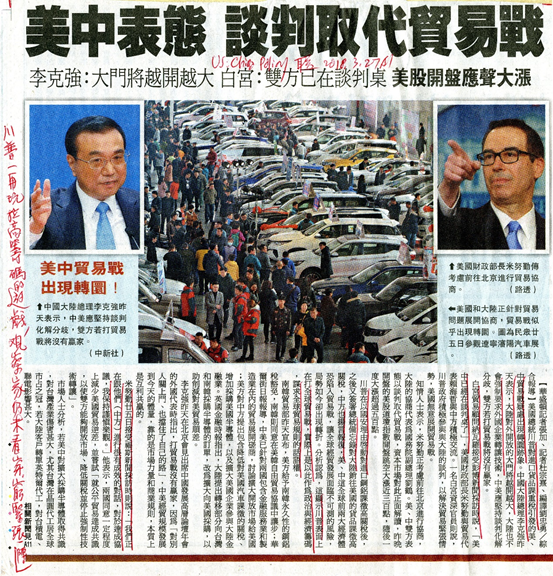 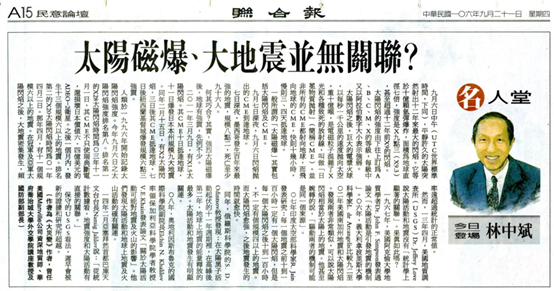 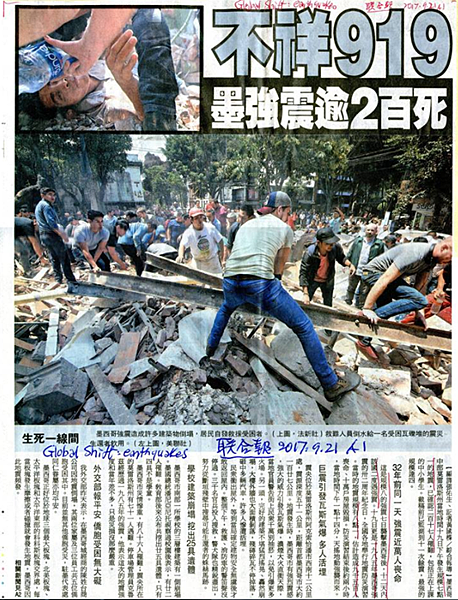 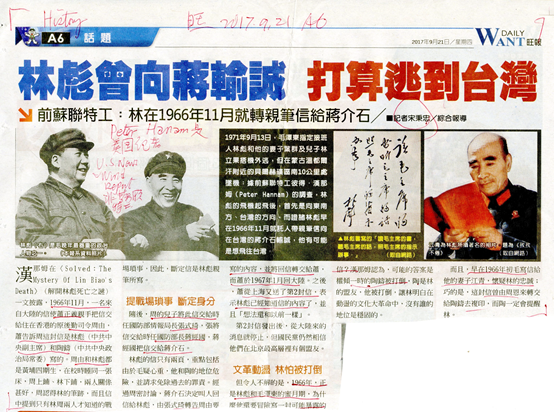 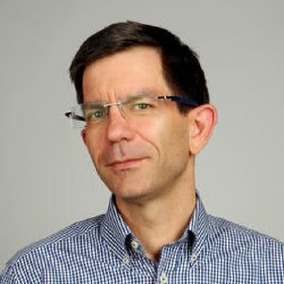 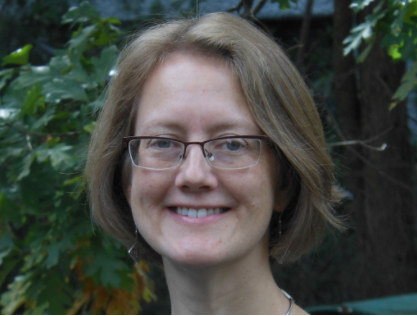 Susan V. Lawrence is a specialist in Asian Affairs at the Congressional Research Service (CRS), a division of the Library of Congress created to provide the US Congress with authoritative, non-partisan research and analysis. Her work focuses on US-China relations, Chinese domestic politics, Chinese foreign policy, and Mongolia. Lawrence joined CRS after a career spent largely in journalism. She worked as a staff reporter in Beijing and in Washington, DC for the Far Eastern Economic Review, The Wall Street Journal, and U.S. News & World Report. 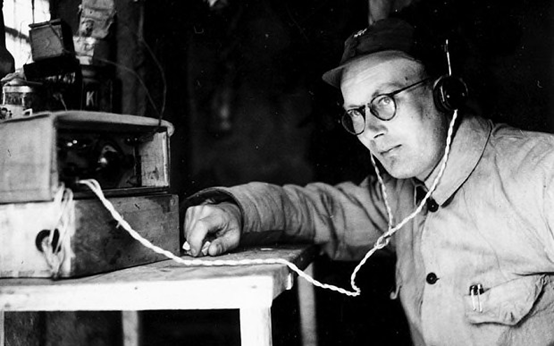 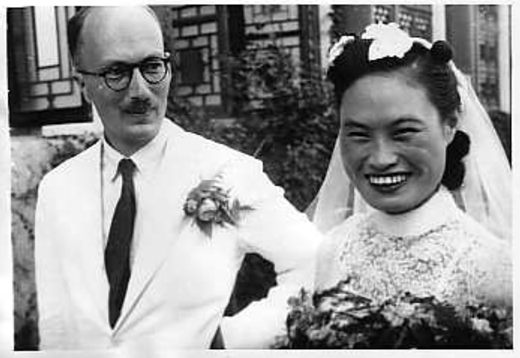 Could Improved Ties between Singapore and Beijing Bring An End to City State’s Military Links with Taiwan? 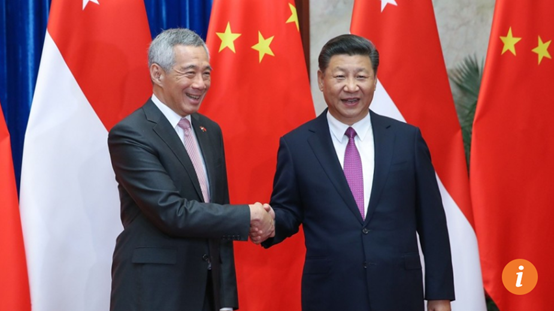 ●”...Some vocal naysayers say the country has found ways to contain its problems.”

●”Maybe China is the black swan and everything we know does not apply to China,” said Zhu Ning, a Tsinghua University economist who published a book last year critical of how the government has managed rising bank debt. 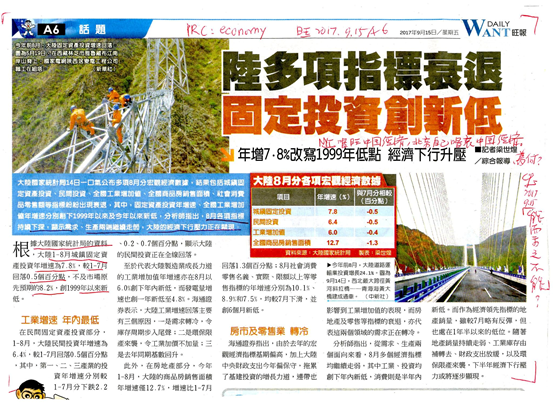 Spies Like Us: To Understand Britain, Read Its Spy Novels

●Not only Ian Flemming of James Bond’s fame and John Le Carré who created George Smiley had been actual spies.

●But also, great literature figures such as Somerset Maugham and Graham Greene had worked as spies.

●Even Dame Stella Rimington, head of M15 in 1992-96, has taken to writing spy novels in retirement. 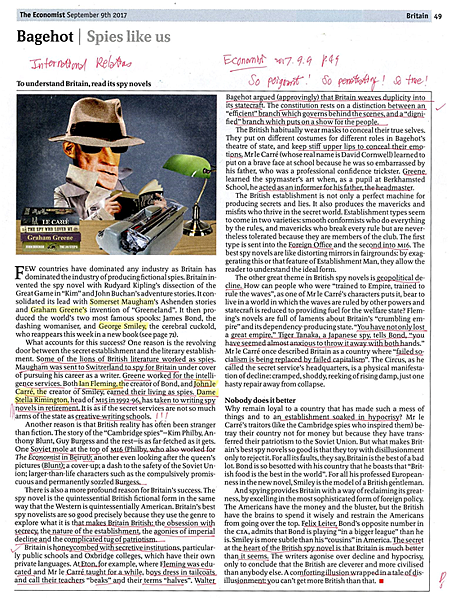 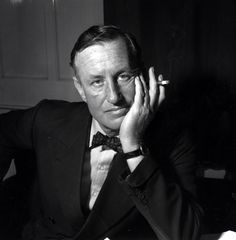 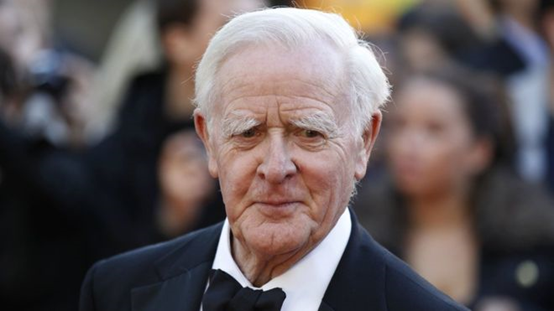 David John Moore Cornwell, alias John le Carré (born 19 October 1931) is a British author of espionage novels. During the 1950s and the 1960s, he worked for both the Security Service and the Secret Intelligence Service, and began writing novels under his pen name. 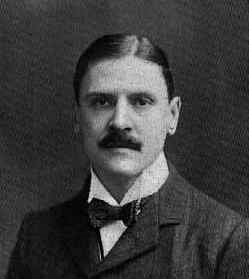 William Somerset Maugham (25 January 1874 – 16 December 1965), better known as W. Somerset Maugham, was a British playwright, novelist and short story writer. He was among the most popular writers of his era and reputedly the highest-paid author during the 1930s. 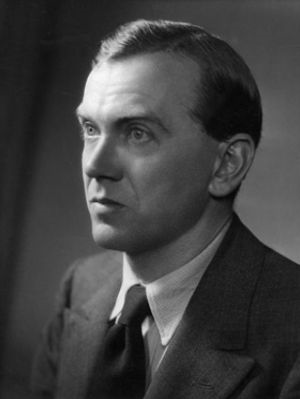 Henry Graham Greene (2 October 1904 – 3 April 1991), better known by his pen name Graham Greene, was an English novelist regarded by many as one of the great writers of the 20th century. He was shortlisted, in 1966 and 1967, for the Nobel Prize for Literature. 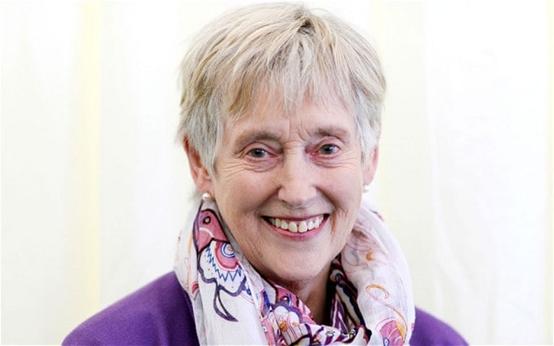 What accounts for this success? One reason is the revolving door between the secret establishment and the literary establishment. Some of the lions of British literature worked as spies. Maugham was sent to Switzerland to spy for Britain under cover of pursuing his career as a writer. Greene worked for the intelligence services. Both Ian Fleming, the creator of Bond, and John le Carré, the creator of Smiley, earned their living as spies. Dame Stella Rimington, head of MI5 in 1992-96, has taken to writing spy novels in retirement. It is as if the secret services are not so much arms of the state as creative-writing schools.

Another reason is that British reality has often been stranger than fiction. The story of the “Cambridge spies”—Kim Philby, Anthony Blunt, Guy Burgess and the rest—is as far-fetched as it gets. One Soviet mole at the top of MI6 (Philby, who also worked for The Economist in Beirut); another even looking after the queen’s pictures (Blunt); a cover-up; a dash to the safety of the Soviet Union; larger-than-life characters such as the compulsively promiscuous and permanently sozzled Burgess.

There is also a more profound reason for Britain’s success. The spy novel is the quintessential British fictional form in the same way that the Western is quintessentially American. Britain’s best spy novelists are so good precisely because they use the genre to explore what it is that makes Britain British: the obsession with secrecy, the nature of the establishment, the agonies of imperial decline and the complicated tug of patriotism.

Britain is honeycombed with secretive institutions, particularly public schools and Oxbridge colleges, which have their own private languages. At Eton, for example, where Fleming was educated and Mr le Carré taught for a while, boys dress in tailcoats and call their teachers “beaks” and their terms “halves”. Walter Bagehot argued (approvingly) that Britain weaves duplicity into its statecraft. The constitution rests on a distinction between an “efficient” branch which governs behind the scenes, and a “dignified” branch which puts on a show for the people.

The British habitually wear masks to conceal their true selves. They put on different costumes for different roles in Bagehot’s theatre of state, and keep stiff upper lips to conceal their emotions. Mr le Carré (whose real name is David Cornwell) learned to put on a brave face at school because he was so embarrassed by his father, who was a professional confidence trickster. Greene learned the spymaster’s art when, as a pupil at Berkhamsted School, he acted as an informer for his father, the headmaster.

The British establishment is not only a perfect machine for producing secrets and lies. It also produces the mavericks and misfits who thrive in the secret world. Establishment types seem to come in two varieties: smooth conformists who do everything by the rules, and mavericks who break every rule but are nevertheless tolerated because they are members of the club. The first type is sent into the Foreign Office and the second into MI6. The best spy novels are like distorting mirrors in fairgrounds: by exaggerating this or that feature of Establishment Man, they allow the reader to understand the ideal form.

The other great theme in British spy novels is geopolitical decline. How can people who were “trained to Empire, trained to rule the waves”, as one of Mr le Carré’s characters puts it, bear to live in a world in which the waves are ruled by other powers and statecraft is reduced to providing fuel for the welfare state? Fleming’s novels are full of laments about Britain’s “crumbling empire” and its dependency-producing state. “You have not only lost a great empire,” Tiger Tanaka, a Japanese spy, tells Bond, “you have seemed almost anxious to throw it away with both hands.” Mr le Carré once described Britain as a country where “failed socialism is being replaced by failed capitalism”. The Circus, as he called the secret service’s headquarters, is a physical manifestation of decline: cramped, shoddy, reeking of rising damp, just one hasty repair away from collapse.

Nobody does it better

Why remain loyal to a country that has made such a mess of things and to an establishment soaked in hypocrisy? Mr le Carré’s traitors (like the Cambridge spies who inspired them) betray their country not for money but because they have transferred their patriotism to the Soviet Union. But what makes Britain’s best spy novels so good is that they toy with disillusionment only to reject it. For all its faults, they say, Britain is the best of a bad lot. Bond is so besotted with his country that he boasts that “British food is the best in the world”. For all his professed Europeanness in the new novel, Smiley is the model of a British gentleman.

And spying provides Britain with a way of reclaiming its greatness, by excelling in the most sophisticated form of foreign policy. The Americans have the money and the bluster, but the British have the brains to spend it wisely and restrain the Americans from going over the top. Felix Leiter, Bond’s opposite number in the CIA, admits that Bond is playing “in a bigger league” than he is. Smiley is more subtle than his “cousins” in America. The secret at the heart of the British spy novel is that Britain is much better than it seems. The writers agonise over decline and hypocrisy, only to conclude that the British are cleverer and more civilised than anybody else. A comforting illusion wrapped in a tale of disillusionment: you can’t get more British than that. 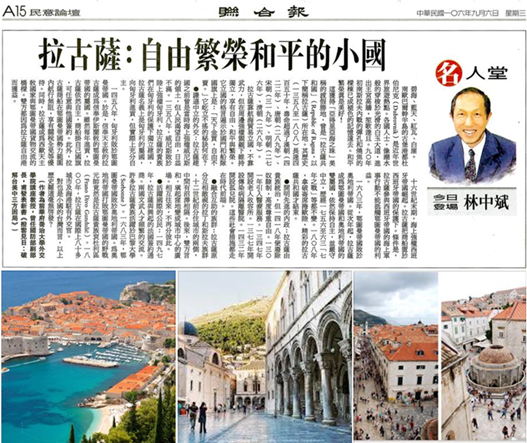 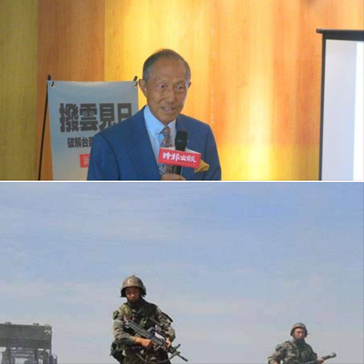 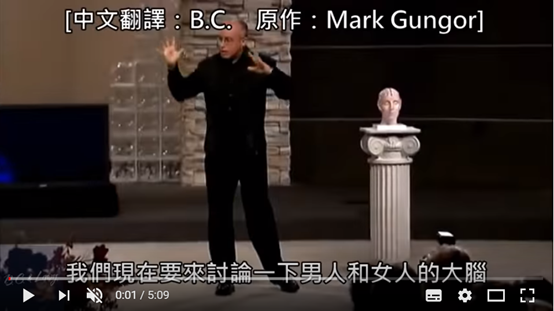 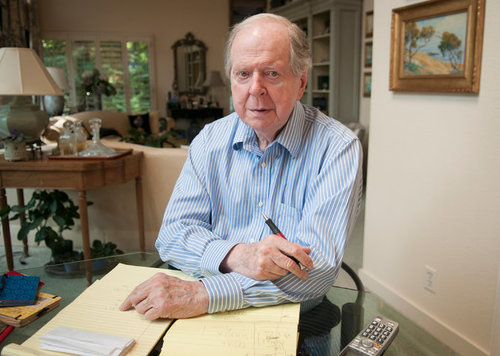 ▲top
“The Internet Is the Ugliest Reflection of Mankind There Is”
Iggy Azalea, Time , MARCH 9, 2015 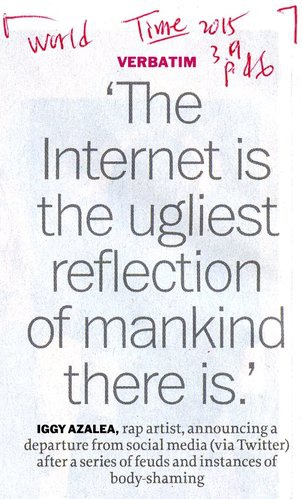 "Nothing is more wonderful than the art of being free, but nothing is harder to learn how to use than freedom."
Democracy in America, Alexix de Tocqueville
▉美國第二任總統，亞當斯，曾說： "民主總來無法持久。它馬上把自己消耗掉、摧殘掉。從來沒有一個民主不自殺的。" 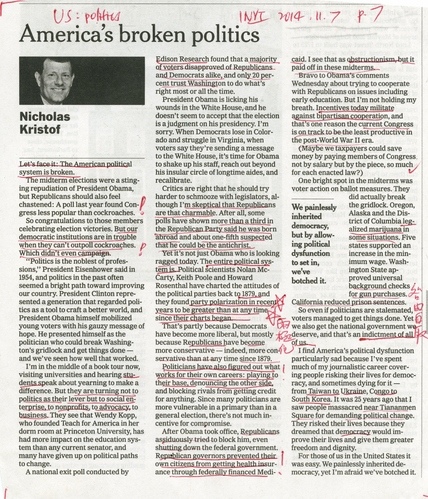 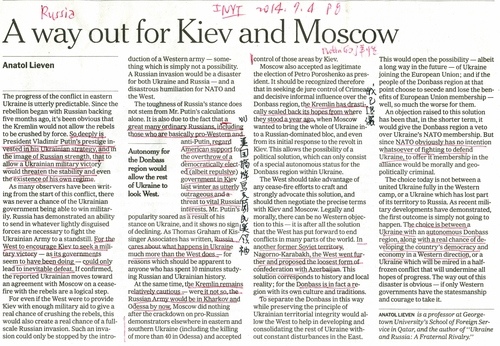 What is Finland's secret for keeping its independence, democracy, market economy, and membership in the West while being a neighbor of the former SU or today's Russia? Listen to its former ambassador to Moscow.
芬蘭，作為前蘇聯現俄羅斯鄰居，從未被紅軍佔領過，仍保有民主制度，有市場經濟，是西方陣營一員 。祕訣何在?且聽前芬蘭駐莫斯科大使娓娓道來。台灣呢? 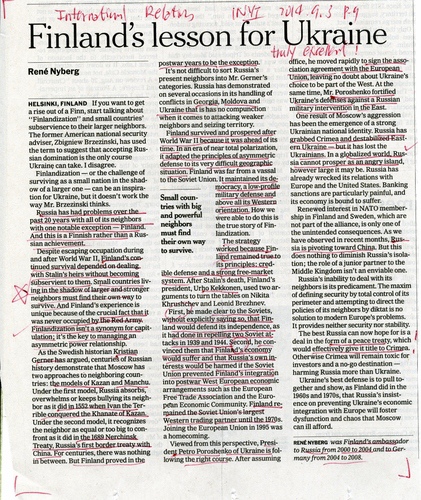 ▲top
“This piece is well balanced, and written with depth and nuance. It is perhaps the best among all articles commemorating June 4, 1989 Tiananmen event this year.”
Chong-Pin Lin June 13, 2014
The Legacy of Tiananmen Square
by Johan Lagerkvist  YaleGlobal  June 3, 2014
http://yaleglobal.yale.edu/content/legacy-tiananmen-square 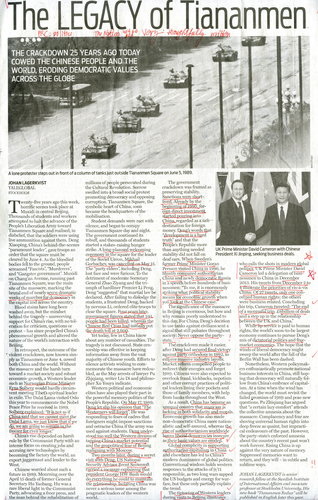 "The best way to find yourself is to lose yourself in the service of
others." ~ Gandhi 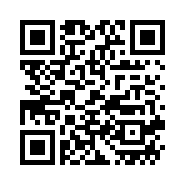